by Jana and Bill

THIS TIME THREE WEEKS AGO:  We had test results strongly indicating, but not confirming, that Oliver had Invasive Aspergilliosis ("IA"), an aggressive fungal infection that is almost always fatal if you are immunocompromised, and always fatal if you are immunocompromised and don't quickly start growing healthy, disease fighting white blood cells called neutrophils.  By the time IA is diagnosed and neutrophils start to grow, it is still almost always too late.

Oliver was weeks into the Mylotarg chemo clinical trial, which he started directly after he failed his the standard chemo treatment for relapsed AML.  Just before starting Mylotarg, his bone marrow was pumping out white blood cells that were nearly 100 percent luekemic blasts and zero percent neutrophils. The Mylotarg then completely wiped out Oliver's bone marrow (like chemo is supposed to do) and three weeks ago there was still no indication he was growing white blood cells of any kind, healthy or otherwise.

There was almost no chance he would go into remission and start growing neutrophils after just one round of Mylotarg (leukemia white blood cells = no healthy neutrophil white blood cells).  But, there was (optimistically) about a fifteen percent chance his leukemia would react to Mylotarg and get him pretty close to remission.  That would at least open up the possibility for remission with another hit of Mylotarg or any other experimental drug, so he could qualify for a bone marrow transplant. Unfortunately, another round of chemo would not be possible with an active  IA infection.

LAST SUNDAY:  Oliver's IA had been confirmed eleven days earlier during a biopsy turned major sinus surgery where they removed dead tissue and visible IA that had grown so fast, it had not been visible just three days before.  At that time, we had been told Oliver had days and possibly weeks to live.  After eleven days of being on super intense anti-IA meds, he was still fevering.  Even though they were not seeing any IA in his sinuses post-surgery, the fevering was a sign the meds alone were not sufficient to contain it and that it had likely spread elsewhere.  This was super scary considering its rapid growth.  Oliver's bone marrow was still not producing any cells.  We had not given up hope, but had spent the week trying to make plans for Oliver to be able to get out of the hospital and go to a cabin one last time.  Or at least just make it home.   The attending oncologist for the weekend was Primary Children's only oncologist trained in palliative care.  She informed us that our request for further imaging was not necessary for helping us make plans, because, regardless of how far the IA had progressed, Oliver was not going to be able to go home.

TODAY:  The plan is for Oliver to go home TOMORROW, to spend a short time away from the hospital before resuming treatment in a yet to be determined way.  Last Monday, he actually (and miraculously)  started growing neutrophils and his fevers stopped the next day.  They finally did a MRI on Friday and saw NO visible signs of IA, no lesions, nothing.  The IA was found in the opening of his sinuses.  We were told they have never before seen IA in that location without there also being signs of disease in other areas of the sinus and/or other places like the lungs--  either because it was in one of those places first or moved to one shortly after taking root.  He is not in the clear, but now that his IA is no longer considered "active", he now has a path to bone marrow transplant should he be clear of luekemia for just two more weeks.  If he starts growing leukemia tomorrow, there are still a few options that were not available with active IA.

As far as we, and several staff at Primary Children's, are concerned, what happened here this week with Oliver was nothing short of a miracle. While he still might be growing leukemic white blood cells at this very moment, this was the very specific miracle that we have been praying for. It means we will be able to have more time with Oliver and he will be able to go home at least one more time. It means that there is still at least a narrow pathway to further treatment and recovery, and the potential of him coming home countless more times.

We are grateful for all of the people who have been praying for Oliver.  It has made a difference. We will continue to pray relentlessly for additional and much needed miracles in the upcoming days and weeks. We know many people reading this will do the same. But, regardless of what happens next, we will trust in God's unfailing love and awesomeness that made this miracle happen. 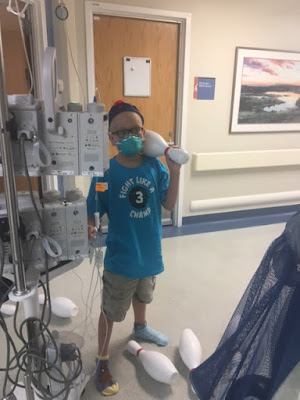 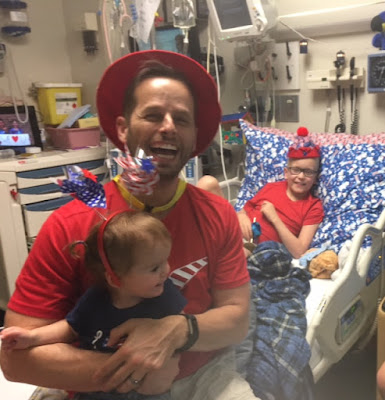