Oliver Is Bald Once Again 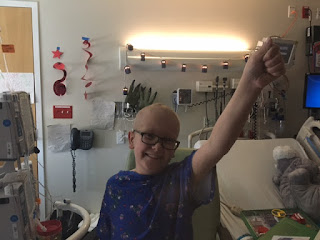 We finally had occasion to shave Oliver's head at two o'clock in the morning the other day, after a day of his hair coming out in clumps and after an evening of baking soda vinegar experiments and syringe wall painting in his (very well tiled) bathroom. The red paint left on the wall tiles looked like blood splatter, so the whole scene of shaving off his hair in his bathroom in the middle of the night was a bit surreal and comical.

It made me flash back to last fall, two weeks after Oliver was diagnosed with AML and starting his four back-to-back month long inpatient rounds of chemo. Kelsie, one of our favorite Primary Children's nurses, tracked me down and said she had heard that Oliver's hair was starting to fall out and that she was concerned that it would start making him itch and miserable. She insisted that there be a head shaving "party" that night and that it would be a ton of fun. I got the whole needing to keep him from being itchy thing and why it would make sense to do a preemptive shave, but my heart hurt thinking of Oliver losing his adorable short shag he had had since he was a toddler. It would just make the fact that he had cancer all the more real. Plus, he had not been able to get out of bed for two weeks. And he was completely BLIND and would be for the foreseeable future. Sure, drawing on Oliver's steadfast commitment to always choosing to have a good attitude under any (and I truly mean any) circumstance, I was determined to make the transition from hair to baldness as positive as possible. But the gap between actually having fun and choosing to be positive seemed particularly wide that day. He had, after all, just barely started having the energy to smile without a lot of effort again.

When Oliver's head shaving party eventually started that evening, so did the chaos. There were staff popping in and out of the room to encourage and joke, high fives, farting machines, Kelsie shaving "d-a-d" on the back of Oliver's head and other weirdness, Oliver insisting it was one of his greatest desires for me to shave his dad's hair right at that moment (against my better judgement and protests), and hair flying all around. Oliver's smiles were huge and effortless. There were tears of laughter all around. I may or may not have laughed so hard I peed.

That night was a game changer for our family. We were not just going to endure this trial by trudging through it with a good attitude. We were going to embrace it and do so while choosing to have fun whenever possible.

Perhaps had I known then that we would need to be shaving Oliver's head at Primary Children's again, just eight months later and with relapsed AML,  I would not have allowed my heart to be changed that evening.

But I didn't and I am glad I didn't because I will never regret even one moment of joy that has come from it.

Our journey has gone in a direction we would have never chosen for our family, and especially not for Oliver. But we still believe that there is zero downside of trying to find joy in it and having fun whenever possible.

Photos from this week 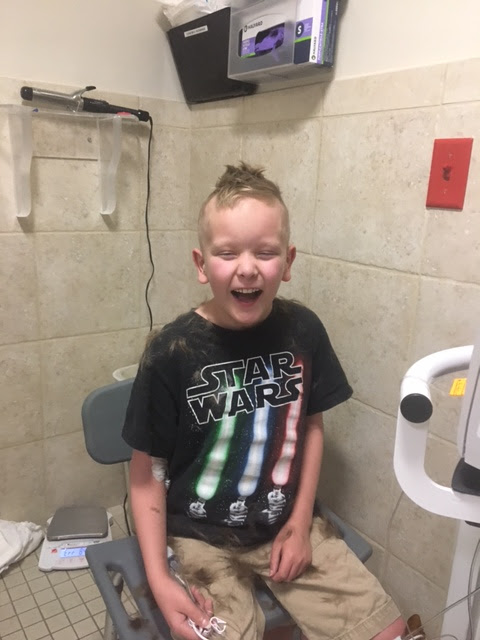 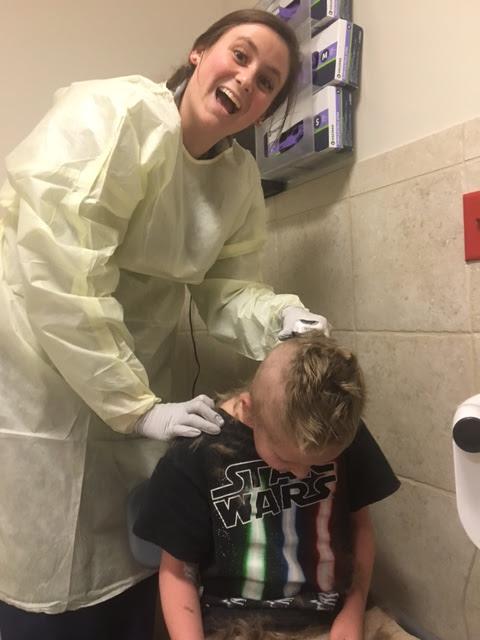 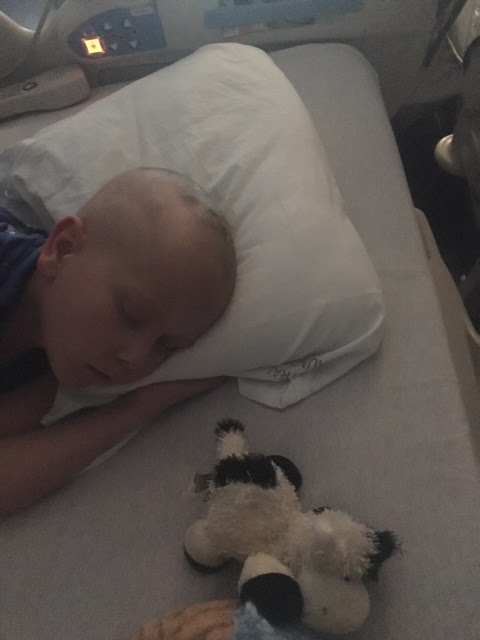 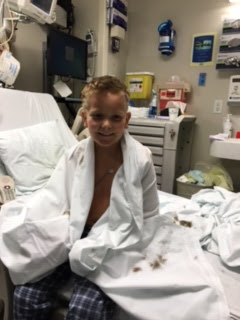 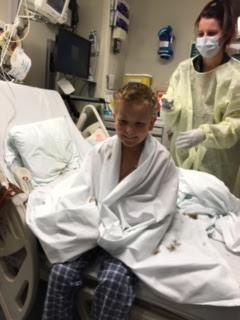 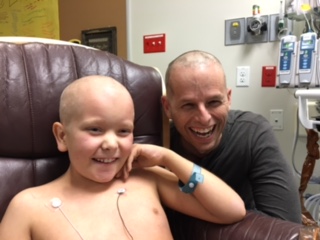 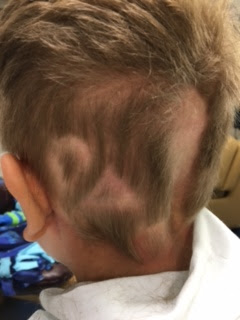