It has been 4,291 days since Oliver was born. His little light has now been shining on this planet for 4,291 days. Sixteen days ago, the Saturday before Thanksgiving, that light became obstructed as it had never been before.

Oliver’s medical situation was already pretty scary by then. The night before we had “the meeting” where we were told the road to St. Jude’s was closed; Oliver looked like a kid who was shutting down from systemic disease and/or the cumulative effects of prolonged treatment; and we needed to decide what, if any, life saving measures should be taken should something happen over the
weekend.

That night, a physician’s assistant who was filling in and not aware that Oliver was actively struggling with Graft Verses Host Disease of the GI tract and severe gastritis, prescribed Senna, a med (we later learned) that causes stomach contractions. It soon caused so much gut pain that even with a scary amount of morphine, his cries could be heard out in the hall intermittently for over 36 hours. His blood pressures were uncontrolled, his tremors were relentless, headaches started to rage and it seemed as if he was having difficulty coming back from a bad acid trip. There were staff members who have seen Oliver this past year time and time again stoically deal with situations that would have easily made others scream and flail about, who could not keep from tearing up because they knew he was in excruciating pain. It is hard for my mind to go back there, because even just witnessing Oliver’s anguish that weekend was probably the closest thing to hell that I have ever experienced.

On Monday, well after the gut pain had subsided and the mass dose opiates were out of his system, he was still uncommunicative with glazed over eyes, having severe headaches, unmanaged blood pressure, erratic respiratory patterns, and limited motor control. On Tuesday morning I woke up knowing that my job was to get Oliver a MRI, STAT. Despite the attendee’s assumption it would be clear, the MRI showed “extensive symmetric bilateral white matter signal abnormality and heterogeneous enhancement.” Basically, there was severe inflammation and damage to the brain, likely caused at least in part by central nervous system chemo toxicity, that may or may not be reversible. It was significantly impacting his ability to breath and function. For their part, his medical team immediately started trying to manage his blood pressure to reduce pressure in his head, gave him Robitussin (of all things) because there are some case studies indicating it can help reverse chemo-induced brain damage and intensively worked around the clock to try to keep him alive and as comfortable as possible. For their part, our family and friends came out in added force to share their love, prayers, and songs to try keep Oliver alive and as comfortable as possible and to keep Bill and I from completely losing it.  Oliver's little light continues to shine bright inside of him, but as he continues to fight for his life, it is frequently hard to see.

I am at a loss to properly describe and give thanks for the blessings that we have been flooded with and the miracles that have occurred these past weeks.  From a dollhouse on wheels and an old school asthma med that makes it possible for Oliver to be lucid for several hours a day, to an intense personal confirmation of an afterlife and Oliver asking God if he could stay here longer and God allowing him to live through at least today, our lives and our hearts have yet again been transformed.

This situation is too real to escape from all of the pain, anxiety and terror swirling through my brain and heart.  Much of the time these days, it all feels overwhelming.  But, always resting underneath all of these emotions there continues to be a constant feeling of peace.  Even on the days when I was unsure if Oliver was ever going to be able to talk to me again or if he would make it through the night, that peace was always present.  I feel more connected to a source of strength that I have complete faith will carry me whenever I cannot stand on my own.  That source carries me through every moment of the day.  He also carries Oliver.  He always has. 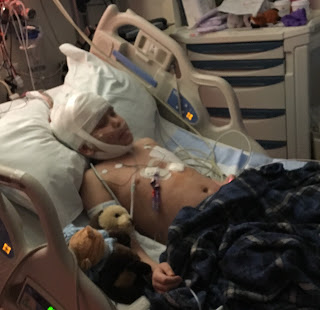 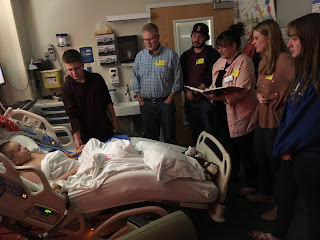 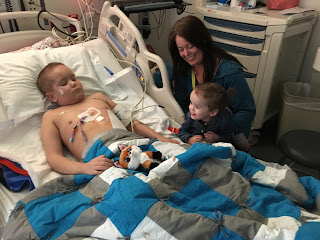 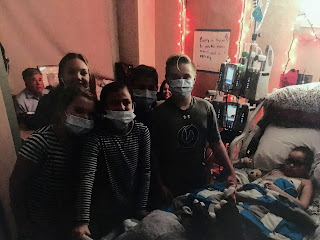 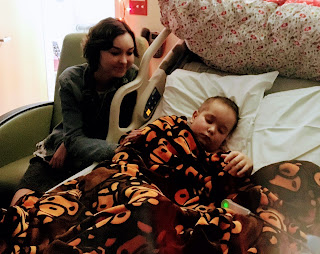 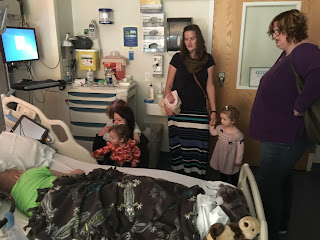 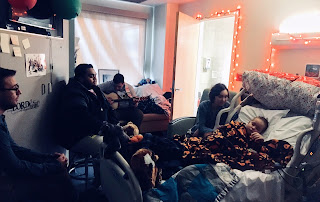 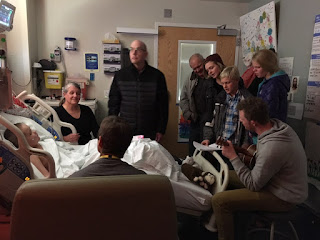