The weekend before Thanksgiving, Oliver's brain began to swell in ways that led to brain damage.  Unfortunately, this swelling was not diagnosed or treated for several days.  Instead, they increased the opiate dosing on his pain pump with instructions to push his pain pump button every time another dose became available and he looked uncomfortable or in pain.  This approach led to Oliver receiving several times more opiates that weekend than he had at any other point during his treatment.

The most probable cause of the swelling in his brain was the methotrexate chemotherapy that had been injected into Oliver's cerebrospinal fluid the previous Wednesday to prevent leukemia from returning to that area of his body.  We later learned that opiate abuse can damage the brain in the same way as methotrexate poisoning.

Three weeks ago Oliver could not walk or talk.  He now can do both of those things.  He tells jokes and asks hospital staff questions about their children.  He thinks of small gifts he give to his sisters when they visit him.

Oliver has been getting a little bit stronger every day for weeks now.  It is hard, as his father, to accept the idea that this improvement is not meaningful.  It does not make sense to assume that further improvement is impossible.

Every day that Oliver smiles at me is a blessing.  Every time he laughs because he surprised his mother with a joke makes the entire universe a better place.  I am not going to stop looking for reasons to hope. 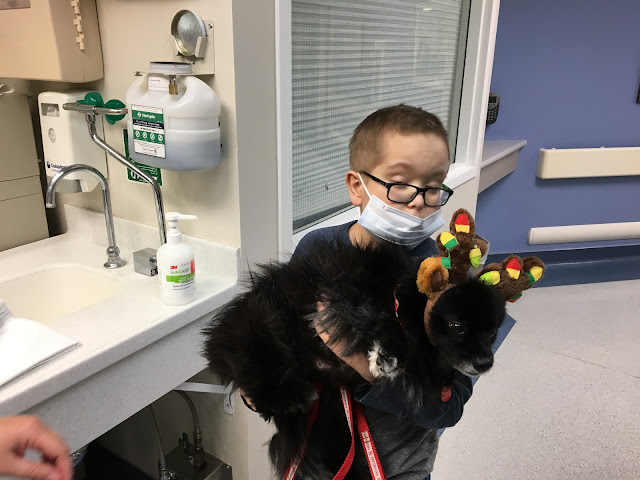 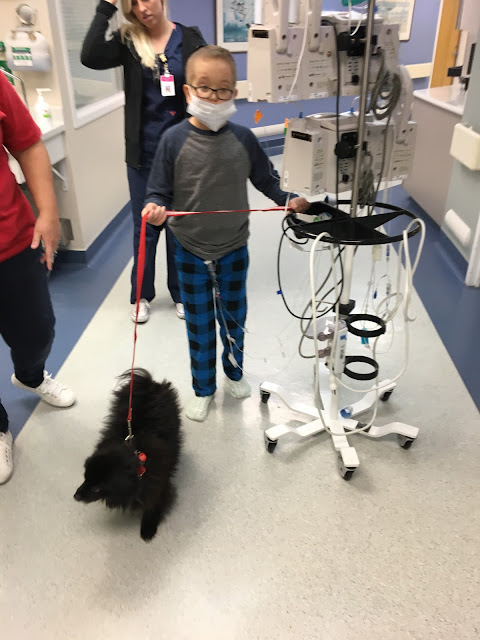 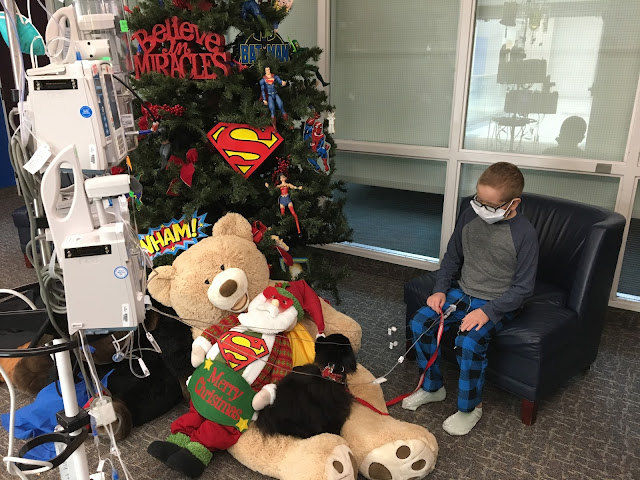 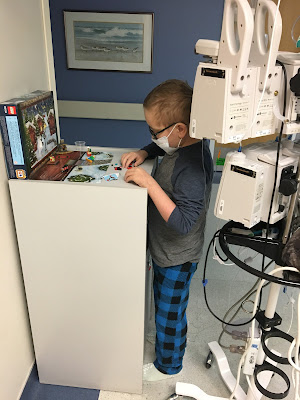 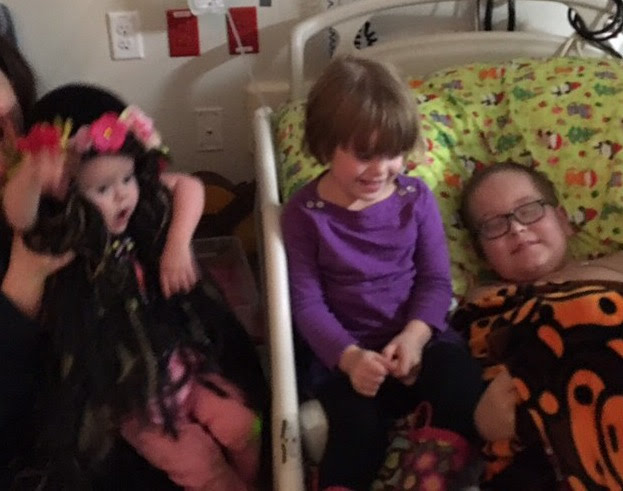 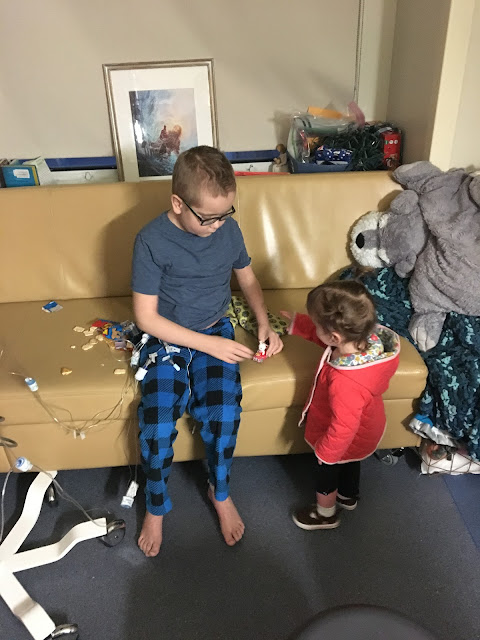